On Sunday, a new young mother in the ward got called to teach Primary.  Honestly, I felt a little bad for her.  How is she supposed to meet anyone now that she's stuck down in the Primary*?  Then it struck me, Primary is HUGE!  Not only in importance, but in relative size to run compared to the other auxiliaries.  It should be a great place to meet people.

I e-mailed the Primary president to see how many people actually do serve in our Primary.  To fill all the Primary positions including music, Nursery, Cub Scouts, and Activity days, it takes 38 people give or take.  I also asked the Young Women's president how many people she needs:  9;  Sunday School:  around 9; Young Men's: around 11; and Relief Society:  around 10+**.  It takes approximately 4 times as many people to run the Primary than any other organization.  So, anyone who thinks that "someone else can do it" or "someone else needs a turn" is really just fooling themselves.  The Primary really does need you!

I began to wonder why it seems a bit harder for some to serve in the Primary.  Of course there's the child factor.  Some people are just done dealing with kids and want a break.  Some people get tired of hearing the Gospel basics again.  I wonder if part of it is also that there's not the social aspect like there is in Young Men's, Young Women's, and Relief Society.  Maybe there's a lack of communication between the RS and the sisters serving in Primary, so Primary sisters tend to segregate themselves.

What do you think?  Why do some people feel alienated when serving in Primary?  What can we do differently to help them feel more connected?  Do you have a ward with good cohesion?  What works? How much of it is an individual issue vs. an organizational/communication one? 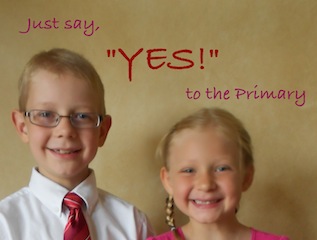 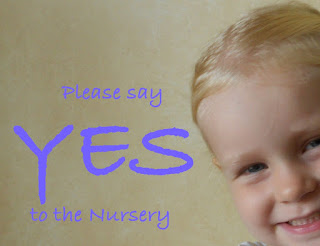 *I know not everyone feels that they're "stuck" in the Primary.  Some people, probably lots of people really love it, but I know many who feel a bit trapped there both physically and intellectually.  Plus, ask any Primary president how many people won't accept a Primary/Nursery calling.

**Obviously these numbers aren't representative of all wards, but they are at least a small slice of the whole pie.
Posted by Emily at 8:24 PM 4 comments: Links to this post