One of my favorite quotes 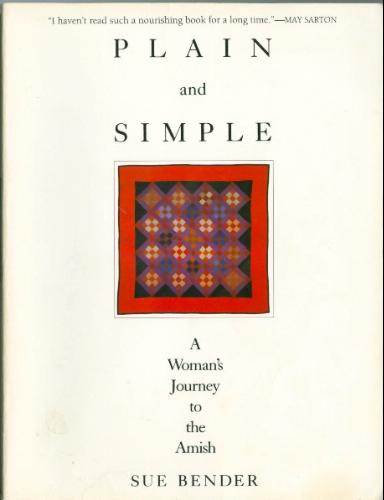 . . .I had spent my life running away from the domesticity that was the core of her life. Hesitant in the outside world, [she] was confident at home. . . .She knew who she was as a woman. She knew that what she did mattered. The knowledge that her role in the family was necessary for its well-being permeated her life. Her work was valued; she was valued. . . .She wasn't sacrificing herself for the sake of her family. Making a commitment to marriage and family were seen as a worthy pursuit. All her duties were an expression of love for her family and for God. . . . [She] seemed content. . . . Maybe when expectation matches achievement, a person is content.

-- Sue Bender, Plain and Simple: A Woman's Journey to the Amish
This quote describes me so perfectly!  You should read the beginning of the book when Sue talks about herself and all her lists!!
Posted by Emily at 10:24 AM No comments: Links to this post

The Trend to Stay Home

Here's an article on an interesting study in Australia on the trend for moms to stay home.
Posted by Emily at 10:14 AM No comments: Links to this post

Email ThisBlogThis!Share to TwitterShare to FacebookShare to Pinterest
Labels: It's OK to stay home

Who gave the housewife a bad name anyway?

Yet Hefner drew on a counter-cultural trend that encouraged men to resist marriage and embrace the bachelor lifestyle. The conformist male, so the argument went, was being robbed of his masculinity, freedom and sense of individuality, and women were singled out as the culprits. Described as greedy, manipulative, and lazy, America women were accused of emasculating men by dominating their husbands. . . .  Hefner exploited such messages relentlessly in Playboy, affirming that marriage and single women were the enemy of available men.

Hmmm.  I always thought it was the extreme feminist movement that gave the housewife a bad name, but apparently the pornography industry can also be to blame.
Posted by Emily at 10:03 AM No comments: Links to this post 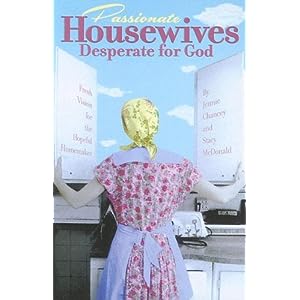 Somehow throughout my life I've picked up some of the feminist ideas that don't quite conform to being a stay-at-home mom.  As I was trying to reconcile this, I came across Passionate Housewives Desperate for God by Jennie Chancey and Stacy McDonald.

In the Church of Jesus Christ of Latter-day Saints we have a lot of advice and help on being good mothers and homemakers, but I've just had a hard time finding actual examples of people who are stay-at-home moms and who really, really like it.

Although this book is not an LDS book, I just loved it.  Living virtually my whole life in Mormon Utah, I really needed a non-Utah perspective.  Here was an example of two great women, stay-at-home moms, trying to love being such.  Sure, it was a little conservative for me, but since I've grown up with feminism every which way, I think it's what I needed to balance me out a little.

I quite enjoyed the last paragraph of the book:


"I pray that our time with you has helped you to see your role in the home as the artistic sculptor of souls; the resourceful shaper of an expanding kingdom.  May you turn your back on the hollow image of desperate home life the world parades before us and learn to view your own home as a place of life, hope, joy, and industry---a place where spirits are made full and lives are changed forever for the glory of God."

Posted by Emily at 9:48 AM No comments: Links to this post

I've always considered myself a feminist, especially since my Women's History class at BYU pointed out all the good things about feminism and taught me that feminism was people fighting for women's rights and issues (including the right to stay home).  Well, I don't know if that's what BYU actually taught me, but that's what I came away with.

As I've learned more about feminism recently, though, I got kind of afraid.  There are so many modern feminist ideas out there that were waaaay beyond anything I could ever support.

That was so unfair! You'd think with a name like feminism, you'd support things feminine, wouldn't you?

I began reading the http://www.ladiesagainstfeminism.com/ site and often agree with it.  I admit I actually ignored the site at first because it it was ladies AGAINST feminism.  Later, I found http://www.feministmormonhousewives.org/ and got embarrassed at its representations of Mormons/Latter-day Saints.

Then I read a book review on Girls Gone Mild by Wendy Shalit:


Fourth-wave feminism, as Shalit argues, is the new revolt. No longer is it culturally rebellious to be sexually promiscuous; rather, modesty and sexual prudence has become the new weaponry of cultural dissent. Not only do the new feminists refuse to be subjected to sexual objectification, but also they are quickly becoming role models for young women who want to embrace a more wholesome choice regarding their sexuality. Staging pure fashion shows, lobbying department stores for more modest choices of clothing, girlcotting -- as opposed to boycotting -- purveyors of offensive t-shirts with catch-phrases such as "Who needs Brains when you have these", and talking to other young women about the benefits of purity all feature within the scope of their activism.
Hmmm.  Fourth wave?  Maybe I could like the word feminism again.

I researched it a bit, and I'm still thinking about it.  Jen Nedeau speaks of it as a possible spiritual awakening or bringing feminism into mainstream.   Jessica Valenti says it might be on-line feminism.  So whatever it is, I guess it's not yet completely defined.  I hope it turns back to Shalit's definition so I can use the word again.

I woke up before 6:00 this morning and the first thing in my head was Stay-at-home-feminism, or those of us who stay at home, or who want to, and we represent all things feminine: the good of womanhood, and we are happy about it, or are at least trying to be.

I Googled stay-at-home-feminist and found a couple things.  Haven't read them all, but I will, eventually.


http://www.alternet.org/story/28621/?page=entire
http://motheringinthemargins.blogspot.com/2010/02/stay-at-home-feminist-forced-division.html
http://charlotteotter.wordpress.com/2007/03/10/the-stay-at-home-feminist/
So, this isn't a completely original term, but I kind of like it.
Posted by Emily at 6:31 AM 1 comment: Links to this post