There Were Eminent Women, too?

You may have heard about the "eminent men" who appeared to Wilford Woodruff in the St. George Temple. Vicki Jo Anderson wrote a book about it in 2000. There are also some paintings of the event.

But did you know that there were also 68 women who appeared who had been instrumental in paving the way for the establishment our country? Hannah Moore was one of these women who appeared. How have we never heard this? What a disservice we do to the wonderful women of history by leaving them out! I wish I had more time to look into this further, but I find it fascinating. Anderson is supposed to write a book about the women, too.

Seth Adam Smith has written a blog post about some of the women. 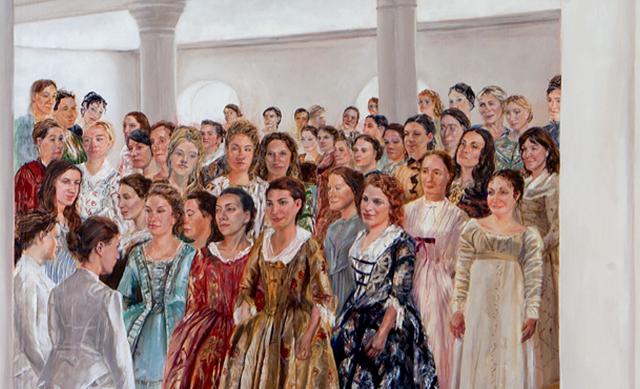 Posted by Emily at 9:27 PM 2 comments: Links to this post